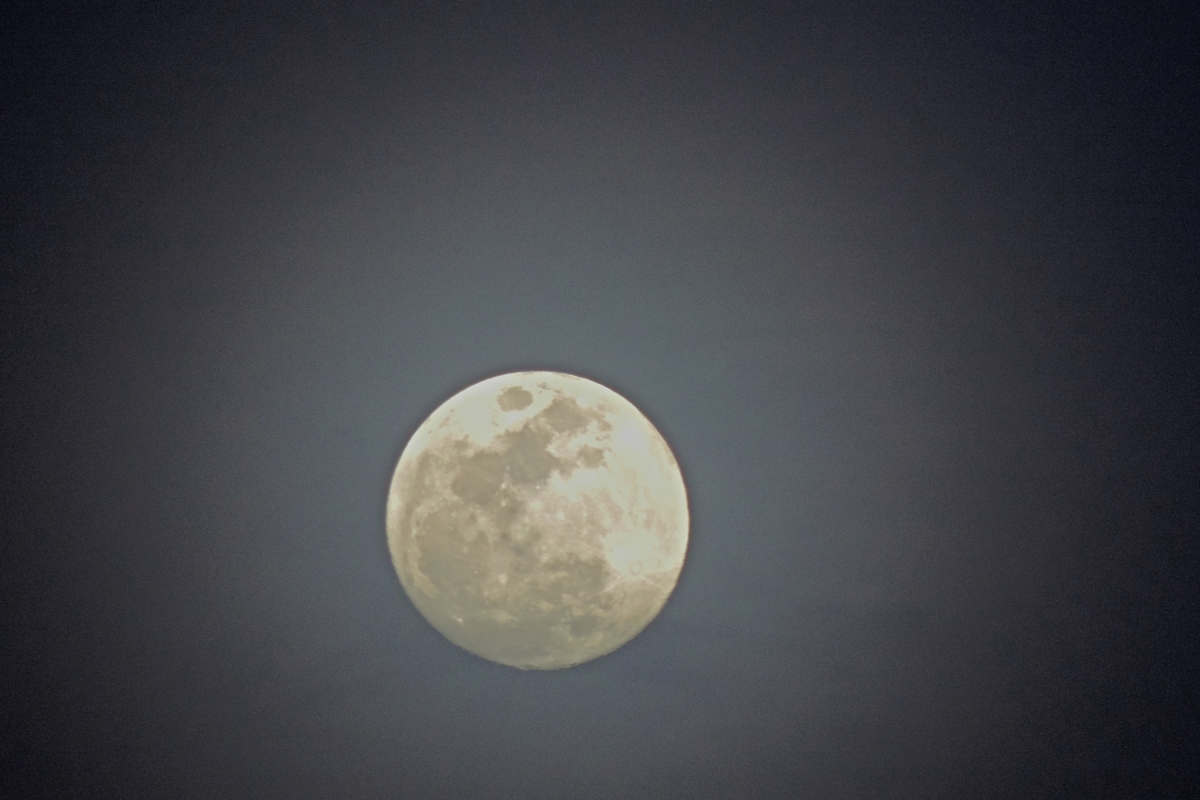 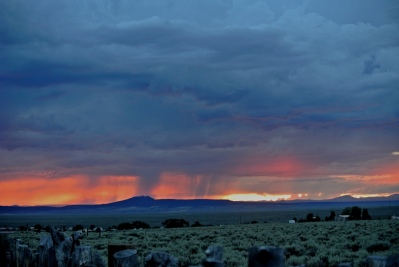 It’s Spring, or what masquerades for spring in northern New Mexico. In reality, we go from winter to summer around the 1st of June. In this in-between time, in a typical year when warmer temps melt snow covered mountain slopes to swell the rivers, perma-frost is still frozen a foot under the soil. When snows melt the resulting water has nowhere to go. It can’t seep into frozen earth below. We call this quasi-spring Mud Season.

When you’re at Trader Joe’s in Santa Fe and spot the family with mud caked on their boots, the cuffs of their jeans, smeared all over the kids you can tell they’re from up north. Probably Taos. Folks are tidier in Santa Fe. Not as much mud. More paved roads.

Oh yeah, crazy wind. Crazy-making wind that began to blow a couple weeks ago. It blows and blows, sweeps madly across the mesa, blows and blows and blows…Wind chimes are chiming. Tumble weeds, tumbling. Dust devils, dervishing. Chile ristras are being beat to death on portals across Taos County. I had a lovely, bright red ristra hanging by my front door. It only took a few weeks of this crazy wind to decimate it. Charming, eh? 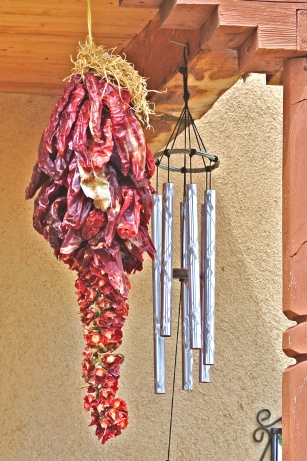